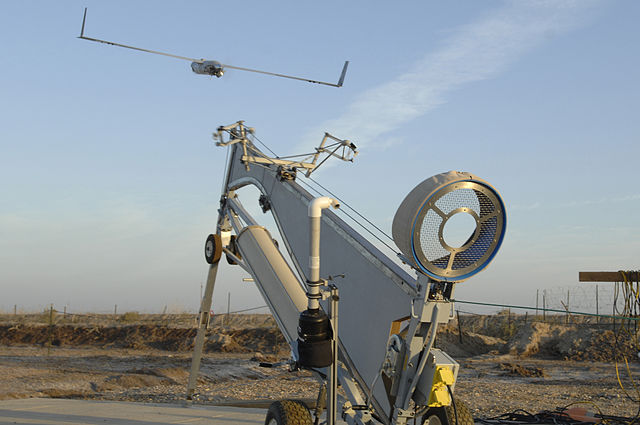 Have you wondered what trends in business ultimately will be successful, and which are just flashes in the pan?  Look no further than everyday cell phones, the success of which is largely due to countless improvements overcoming Size, Weight, and Power (SWaP) limitations of previous generations of cell phones and computing devices.  Not surprisingly, the UAV market faces the same challenges, with UAVs becoming smaller, lighter, and more powerful with every iteration.

Small UAVs have begun the RDT&E transition to Beyond Line of Sight (BLOS) capabilities, and SATCOM terminal manufacturers are already addressing the major SWaP limitations of their terminals on these UAVs. Fortunately, X-band SATCOM terminals are ideal for UAVs of all sizes due to X-band’s unique properties that permit the use of smaller, lighter terminals while taking advantage of X-band’s high-throughput, weather-resistant bandwidth.  Let’s discuss.

Smaller, Lighter Terminals.  It is true that many sub-meter antennas can be adapted to perform on X-, Ku-, and Ka-band, however, for the same size antenna and a specified amount of bandwidth, one achieves greater data throughput on X- than on Ku- or Ka-band.  The reason has to do with satellite spacing: Ku-band and Ka-band satellites are spaced a minimum of 2 degrees apart, and X-band is spaced a minimum of 4 degrees.  SATCOM planners know that using too much power (or too small of an antenna) on closely-spaced satellites creates what is known as Adjacent Satellite Interference (ASI), which can seriously degrade C4I capabilities.  On Ku- or Ka- band, SATCOM planners are thus left with a dilemma: either (a) turn down the power and lose critical data throughput, or (b) use a larger, heavier dish, and lose critical UAV endurance. The last option they have is to use spread-spectrum technology, purchasing additional bandwidth – at additional cost.  Conversely, on X-band, the wide separation between X-band satellites permits planners to leave the power up and use the smaller, lighter dish – without the need (and cost) of spread spectrum.  Better, X-band terminals achieve all of these benefits while providing a more-reliable, high-throughput, all-weather datalink.

Highly-Efficient Bandwidth.  Because Ku- and Ka-bands are highly susceptible to atmospheric attenuation (i.e. due to maritime humidity and tropical weather, thunderstorms, rain, persistent cloud cover, even airborne dust and sandstorms) SATCOM planners must routinely plan on using even more power (or bandwidth), called “link margin”, to overcome these effects.  By default, given power limitations on SWaP-limited UAVs, the Ku- and Ka-band UAV customer’s only choice is to use spread spectrum and purchase still even more bandwidth at even more cost.  X-band’s highly-efficient bandwidth cuts through atmospherics, significantly reduces the need for link margin, and routinely provides critical datalink availability above 99.9%, a figure unimaginable with Ku- or Ka-band.  And it isn’t trickery; it is simple physics:

Conclusion.   The tech market over the last 30 years has reacted very favorably to products that reduce the size and weight, or increase the efficiency of, a product or service.  SATCOM is no different.  X-band excels at voice, data, imagery, and live HD video transmissions using smaller, lighter terminals, which makes it the perfect choice for a wide variety of highly-mobile, lightweight, (i.e. SWaP-limited) applications ranging from special operations forces (SOF) teams to vehicle-mounted units to airborne ISR and UAVs.  Furthermore, X-band attenuates far less than Ku- or Ka-band, making it the band of choice for all mission-critical applications.  The U.S. Department of Defense already knows this, and already uses it on its multi-billion dollar Wideband Global SATCOM (WGS) satellite constellation.