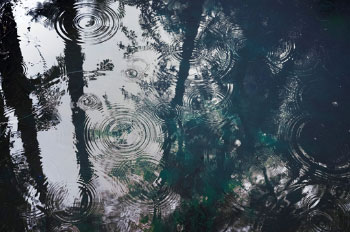 The time for battle is approaching. Timing is crucial; if ground is to be gained, strategy must be able to quickly change where necessary. Communication is critical. As the commander looks to the sky, he sees rain is coming – success now looks doubtful as his message may not get through.

The year is 1864 and this scene takes place during the US Civil War. While the telegraph has been invented, there are no wires at this battlefield. Instead, our commander is hoping to utilize signaling – a recently devised system of army communications involving flags and torches. But signaling relies on visual contact, rain and fog will obscure the commander’s line of sight, as would smoke from the battlefield. At best, only parts of his message will get through.

Not far from XTAR headquarters in Ashburn, Virginia are several Civil War sites. In fact, Virginia holds the distinction for the state in which most major Civil War battles took place. For those of us that call Virginia home, we know the stories of the Civil War, including the perils faced by soldiers on both sides, especially as they relate to weather.

About 90 miles from our office is New Market, Virginia. In a famous battle here, rain soaked the fields so badly that many of the Confederate soldiers’ feet got stuck in the mud, prompting the location’s nickname to be ‘the field of lost shoes’. Lesser known, yet closer to our office was the Battle of Chantilly. It was here that Union General Philip Kearney became confused during heavy rains and mistakenly rode behind enemy lines and was killed.

The everyday Civil War soldier spent most of his time outdoors and continually faced personal and occupational challenges from wet weather. Gunpowder and paper cartridges had little protection from the rain and when they were wet, it was nearly impossible to use them.

Contrast this with today’s soldier who likely spends more time under cover. And when outdoors, his or her boots, clothing and weaponry have all been designed to survive the weather. Indeed, every piece of equipment is waterproof, except for communications.

Read the opening paragraph again. This scene could just as easily take place today, in 2017. Our commander still has crucial communications that he needs to be delivered, but impending rain threatens his plans. While he no longer relies on flags and torches, he does rely on secure satellite communications. And unless he is using X-band frequency, his message is in danger from the elements.

Rain and humidity both affect satellite communication in most frequencies. But due to its position on the RF spectrum, X-band does not suffer rain fade and the signal still goes through. The same holds true in dust storms and extremely humid conditions.

One hundred and fifty-three years after our Civil War commander looked to the sky with concern, our military tactics, technology and equipment have all become weatherproof to help ensure a successful mission. It only makes sense that military communications are weatherproof too.