Over the last few weeks, XTAR eagerly anticipated the results of Army’s tests of its new inflatable satellite terminal for robust communications on the Warfighter Information Network-Tactical (WIN-T), using X-band. These satellite systems can deliver advanced, high-bandwidth communications to the tactical edge, and they continue to prove the critical role of X-band satellites for the Army. 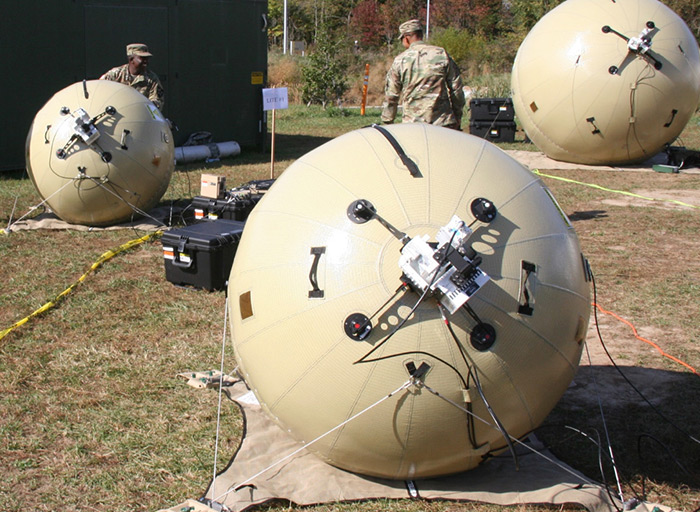 The Army was looking to test this X-band capability and to confirm WIN-T’s increased agility for uninterrupted mission command for early entry and forward operations. The tests were successfully completed using a commercial X-band satellite, XTAR-LANT, and the GATR 1.2m inflatable antenna system. Even though the DoD has its own wideband satellite system, the WGS satellite system, it has its limitations. In this instance, it was not available in the quick time frame that the Army at Aberdeen Proving Ground required. Commercial satellites maintained this mission’s timeline, and this is not the first time that comsat has played this important role.

The XTAR team worked closely with Army and GATR reps to provide service within just a few days of the Army’s request. XTAR’s commercial X-band supported these risk reduction exercises for both the jumpable lite and air-droppable heavy variants of this capability — known as Transportable Tactical Command Communication, or T2C2. According to Maj. Jonathan Lipscomb, assistant product manager for WIN-T SATCOM, “T2C2 enables commanders to conduct intelligence, surveillance, reconnaissance, provide fires and general command and control, with a very light weight, small volume package that can fit into a couple of soft side cases if needed, compared to other SATCOM systems that weighs thousands of pounds that provide the same capability.” What other way could the DoD prove this much needed, agile resource since its own system could not provide this quickly enough? With WGS not available, XTAR came to the rescue. XTAR’s speedy, tailored customer support is one of the key strengths that commercial satcom can bring to U.S. military—speed to ensure on time and on budget missions.

As satellites take on a larger and more central role in mission planning and execution, acquiring satcom in a timely manner should not be one of the hurdles. Our assistance with this testing is another example of XTAR’s value, as we have a sole focus on the government user. As a blend of everything good about milsat and comsat, XTAR will continue to support missions from demos to urgent, mission critical events.